Please use the navigation bar below to continue...

"Sitting in on your show for two nights in a row was the highlight of our trip to Reno. You are beyond great!!"

"...Chris’ performance has become synonymous with quality, professionalism, and outright fun.  As a musician he is a master.  As an artist he is compelling.  As a performer he embodies excitement.  I can only give praise to his character and abilities...”
Chris Christiansen, Entertainment Director, Grand Sierra Resort, Reno NV

"Chris Costa.. is a consummate professional who was always a pleasure to work with.

His positive attitude is infectious and he really knows how to work a crowd.

Chris truly does sing “The songs you love, the way you remember them!”
Jeff Pepple, GM at Siena Hotel Spa Casino, Reno NV 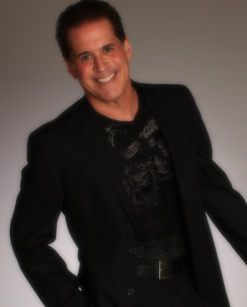 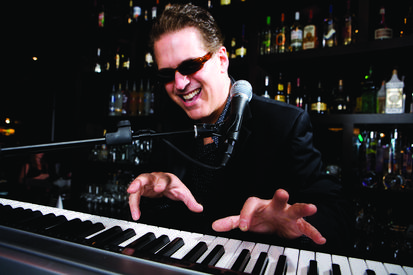 ~PLEASE SCROLL DOWN FOR MORE DETAILED SHOW AND BIO INFORMATION~

“…Chris’ performance has become synonymous with quality, professionalism, and outright fun.  As a musician he is a master.  As an artist he is compelling.  As a performer he embodies excitement.  As an employee he is the picture of professionalism, dependability, and has never shown a hint of negativity.  Chris’ interaction with our guests (his guests) epitomizes everything customer service can and should be… I can only give praise to his character and abilities.”
Chris Christiansen, Entertainment Director, Grand Sierra Resort, Reno NV

"Chris Costa has performed at the Siena Hotel Spa Casino for the past 1½ years and is a consummate professional who was always a pleasure to work with. Chris was extremely flexible in arranging his schedule and performances to meet our needs. His positive attitude is infectious and he really knows how to work a crowd... Chris truly does sing “The songs you love, the way you remember them!”
Jeff Pepple, GM at Siena Hotel Spa Casino, Reno NV

Chris created an absolutely wonderful atmosphere for our Holiday Party. All of our attendee's raved about him and want him back in the future. He had such a variety of music that appealed to everyone. We had a relatively small space for dancing but it was very well occupied frequently during the night. He also graciously responded to individual requests and had a nice mix of Christmas music to honor the season. I can't say enough good things about Chris Costa, he's the best!
Dave Weizer,  President ARCN HOA Folsom, CA

“…Chris Costa is an act you never want to let go… his relationship with guests is as impressive as his show, he is definitely good for business.”

“Chris is the best one-man show working today, he has more variety and energy than any band I know of.  He takes the audience on a musical joyride.”
Ricky Roberts, entertainment buyer Nashville, TN

"Chris Costa was terrific at our event. Today, being 2 days after the party, everyone is still raving over Chris Costa's performance. Our man of honor danced till the very end with a smile on his face."
Katy Gross, Reno, NV

"He really was amazing! What a voice. He could sing anything; perfectly! He charges way too little for his ability and performance. He even learned our wedding song just for the occasion and sung it better than the recording artist if I do say so myself - which is saying a lot because it was a Garth Brooks song. Loved him and so did everyone else at the event! He got rave reviews!"
Marilyn York Esq, Genoa, NV

"Chris went out of his way to make sure everyone was very comfortable and the music choices were always just right. I have had 20 people from the party ask how they can hire Chris! Thanks Chris for making my Mothers 50th perfect!"
Coleman Cassel, Grass Valley, CA

"Chris was a great performer and everyone enjoyed him and all of the music that he played. Our wedding was a lot of fun and he definitely had a lot to do with that. Again, he was great!"
Rena Jordan, Sundance, UT

Resume'
Chris' career has spanned more than three decades and includes thousands of live performances ranging from intimate nightclubs and private events to concert stages and headlining contracts lasting years. Add to that his passion for serious vocal study and teaching, hundreds of hours in recording studios and songwriting, and it all adds up to an amazing career that is still going strong!

By employing the latest production technology the show always looks and sounds great, with it's powerful crystal clear state of the art line array sound system and custom LED light show.  The stage will be set with every visual detail in mind, and is always beautifully lit, neat, clean, and precise.  A first class presentation in every way.

* Hundreds of songs from the 1940’s through the 1990's
* Highly authentic live performances and singing impressions
* Appropriate recorded music will be provided during breaks and DJ services available
* Accessible artist who is customer service driven
* Songs are carefully chosen for the demographic at hand, or by request
* All new state of the art sound and lighting equipment skillfully implemented
* Conversation or concert volume without compromising sound quality
* Power requirements very low
* Clean and professional presentation
* Show Footprint as small as 6’x10’ or as large as 10’x16’

"The songs you love, the way you remember them.."

"Your Ray Charles set brought tears to my eyes, just fantastic... I was with Ray for two years and it felt like I was seeing him again."

"The perfect combination of a great voice, excellent musicianship and the talent to entertain while displaying it all. ...a wonderful evening!"

"...Still laughing at your skilled interactions with the audience. See you on our next trip to Reno!"

"The Chris Costa Show ~ The Songs You Love, The Way You Remember Them..."

is a unique musical act spotlighting the exciting vocal talent of celebrated entertainer Chris Costa.  Performing a stunning range of music, he can tastefully entertain during cocktails and dinner; and as the night warms up, he'll pack the dance floor with back-to-back classic party and dance hits.  You'll hear authentic renditions of your favorite singers and songs, featuring live performances on the Piano and Organ, plus incredible guitar solos on his famous Keytar.  Warmly regarded by his fans, Chris is a real people person and will put everyone at ease with a heartfelt and engaging style of entertainment.

By consistently providing the best in musical entertainment Chris Costa has risen to become one of Nevada's top entertainers, signing multiple long term contracts and performing more than 1500 shows at Reno's finest Casino Resorts over the last ten years alone;  he is also a veteran of hundreds of successful Corporate and Private Events.  With 35 years experience in so many styles of music and nearly 1000 songs in his impressive repertoire, Chris can easily thrill any audience.  Let one of the most exciting and versatile entertainers working today deliver high quality, affordable entertainment with no headaches to your venue or event.  Dinner or dance, older or younger, formal or casual, you will be delighted that you booked the impeccable Chris Costa Show and more importantly so will your guests!!